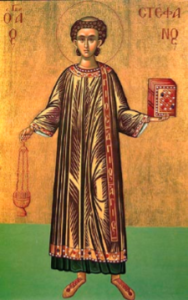 Saint Stephen was a Jew, and, as some say, a disciple of Gamaliel, the teacher of the Law mentioned in Acts 5:34 and 22:3. He was the first of the seven deacons whom the Apostles established in Jerusalem to care for the poor, and to distribute alms to them. Being a man full of faith and of the Holy Spirit, he performed great signs and wonders. While disputing with the Jews concerning Jesus, and refuting their every contradiction, he was slandered as a blasphemer and was dragged off to the Sanhedrin of the elders. There with boldness he proved from the divine Scriptures the coming of the Just One (Jesus), of Whom they had become the betrayers and murderers, and he reproved their faithless and hardheartedness. And finally, gazing into Heaven and beholding the divine glory, he said: “Lo, I see the Heavens opened and the Son of man standing at the right hand of God.” But when they heard this, they stopped up their ears, and with anger cast him out of the city and stoned him, while he was calling out and saying, “Lord Jesus, receive my spirit.” Then, imitating the long-suffering of the Master, he bent his knees and prayed in a loud voice for them that were stoning him, and he said, “Lord, lay not this sin to their charge,” And saying this, he fell asleep (Acts 6, 7), thus becoming the first among the Martyrs of the Church of Christ. 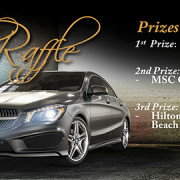 And a BIG thank you to John George, Sophia Drakoulias and Marion Koliniatis and to those who supported the raffle.

On behalf of the Parish Council of St. Demetrios, we wish to thank all the volunteers who offered their time and talents to making this years festival the most successful yet!

Truly, as it says in Scriptures, we have moved forward, with “one heart and one mind”, to fulfill our goal of glorifying our Lord by offering hearts and minds to His Church and saint, St. Demetrios.

Best wishes for a Very Merry Christmas and 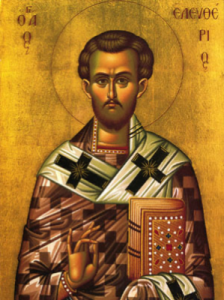 O venerable One, we all praise and entreat you, Eleftherios, Priest-Martyr, comeliness of Priests and exaltation of champions. Deliver from   diverse dangers those fervently honoring your memory, interceding unceasingly for us all.